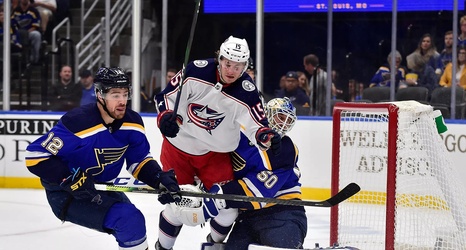 Welp, this is going to be an abbreviated recap of Sunday’s preseason game between the Columbus Blue Jackets and St. Louis Blues, as the game was not televised for either team. Thus, I was relegated to listening, initially to the Blues’ version of things.

Better than nothing, but do better NHL.

Anyway, onto the ice. Jakob Lilja scored two goals as part of a three-point afternoon, and Brandon Dubinsky had two assists, but the Blue Jackets fell to the Blues Sunday afternoon, 5-3, in the second of a back-to-back on the preseason circuit.