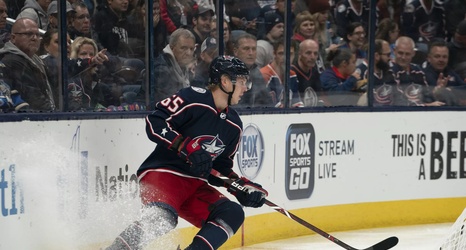 Hey, have you signed up for FanPulse yet? Do it now! DO IT. For those who have already...thank you!

This weekend, defenseman Markus Nutivaara was scratched for both games. Despite him missing two games the previous week with a lower body injury, for these games he was listed as a “healthy scratch.” In his place was the infamous Scott Harrington. This is a baffling decision, to me. Nutivaara has been a consistently strong player for the last three seasons, even when given second pair minutes (like down the stretch last season).