Blue Jackets open preseason with a shutout of the Penguins 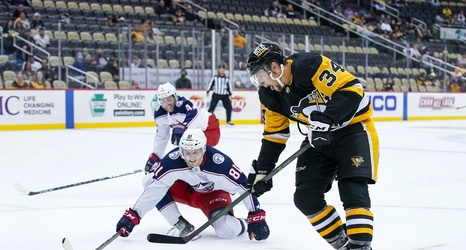 YOUR Columbus Blue Jackets opened the 2021 preseason with an emphatic 3-0 shutout victory over the host Pittsburgh Penguins. It was a Pens roster short on their top talent, while the Jackets played many of their most promising young players.

The Jackets were outshot 12-3 in the first period, in large part due to taking three penalties. This didn’t stop them from taking a lead into the first intermission, thanks to yet another wicked shot from rookie Yegor Chinakhov.

I don’t know how he does it, but I want to see a lot more of it.