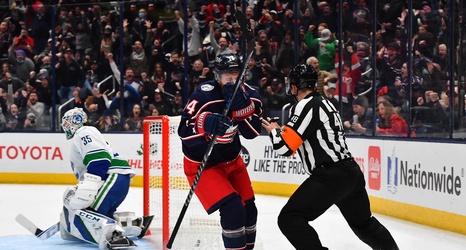 Elvis Merzlikins faced 72 shot attempts, 41 of them on goal, and turned away all but two. Thanks to his heroic efforts, the Blue Jackets were able to hold off the Vancouver Canucks in a game they didn’t have any business winning. The Blue Jackets have been on the wrong side of the “Deserve To Win O’Meter” many times, so it’s a welcome sight to see them steal a victory.

Similar to the win against Arizona, it wasn’t pretty, but it is two more points in the bank and it improves the Blue Jackets to an impressive 12-6 record.