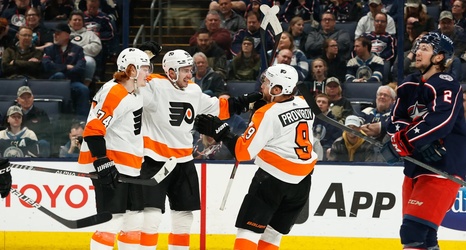 The Philadelphia Flyers played well enough to win on Tuesday night, and looked to make a statement tonight against the Blue Jackets. They did just that, shutting down the Jackets and scoring four straight goals — including three in the second period — to take the final of the two game series. The Blue Jackets played sloppy, undisciplined hockey all night and didn’t put up much of a fight at all when they went down by a pair of goals. For a “never say die” team like the Jackets, it was disappointing to see such a performance tonight.