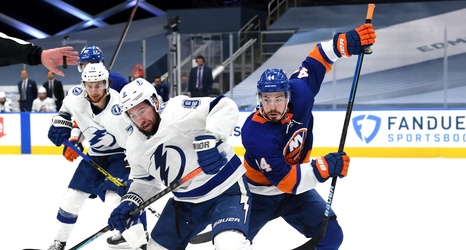 We’re on to the third round of the 2021 Stanley Cup Playoffs, with just four teams remaining. It’s not necessarily the four teams that people would have predicted a month ago, but it should look familiar to those who followed the bubble playoffs:

In addition to playing for a spot in the Final, there are trophies at stake in these series. Previously the NHL had said the traditional conference champions would not be awarded this year. It’s odd that they reneged on that, but with a traditional Metro vs. Atlantic matchup in one series, might as well give them the traditional Eastern Conference trophy.