2021 Player Review: Zach Werenski’s season was cut short, but he was by far the Blue Jackets’ best defenseman when he played 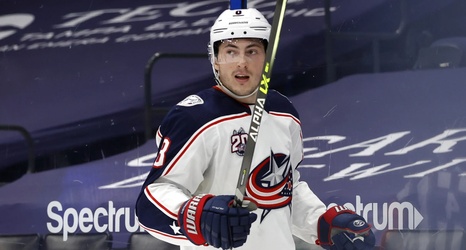 Zach Werenski’s season was cut short with an abdominal hernia, but prior to his season’s untimely end, Werenski was easily the team’s best defenseman, surpassing the play of his more heralded partner.

Hearing a lot of "Jones' numbers were only bad this year because the Blue Jackets were bad." It's an understandable assumption but it doesn't really hold up. #CBJ pic.twitter.com/nv0uwgoGI2

Werenski remains an outstanding five on five offensive player, and his five on five defense has finally begun to catch up as he enters the prime of his career.