CSU volleyball wins round 1 of Golden Spike against UC Boulder 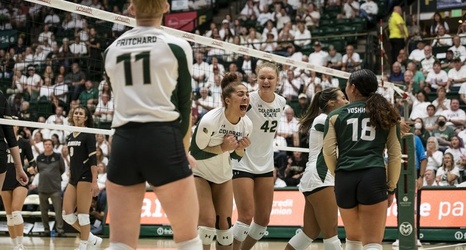 TOMORROW.
The battle for the is on! #Stalwart x #PointRams pic.twitter.com/wepM8NIAnM

Right out of the gate, Colorado State was ready to take on Boulder horns first, establishing an early lead in the first set.