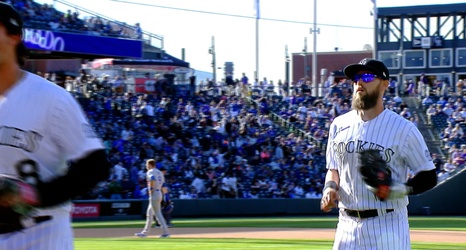 On Thursday, in the first Opening Day at Coors Field since 2011, the Rockies laid out a blueprint for how this roster can win in 2021 that’s based on three things: 1) roster versatility; 2) catalyst production from Raimel Tapia and Garrett Hampson; and 3) luck. While one game isn’t nearly enough for any kind of true measurement of the Rockies’ abilities this season, those three elements were on full display in Thursday’s 8-5 win over the Dodgers.

I’ll be the first to admit that I am still unsure about this model and have written here at Purple Row about the importance of routine and consistent starting roles.