The Rockies infield defense excelled in 2021, despite few shifts 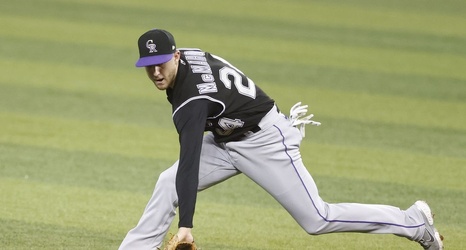 Baseball in 2021 looked quite different than previous years.

The season started without fans in the stands. The unanimously decided AL MVP dominated both sides of the game. And offensive production continued it’s spiral downwards - batting average league-wide was at its lowest level since 1972, the last year before the American League adopted the DH.

The league’s offensive woes are due to a combination of things, one of which being the increased prevalence of the defensive shift. The league as a whole shifted on 30.8% of plate appearances in 2021, down from the 34.