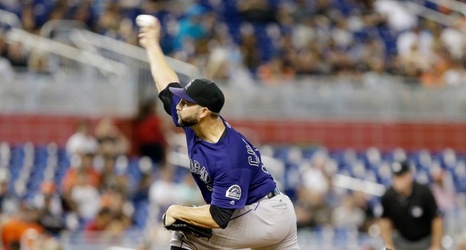 The bond of a shared homeland brought Rockies pitchers German Marquez and Antonio Senzatela together initially, but it was soon apparent there was more to their budding friendship. Once they got to know each other, living together in Scottsdale in 2016 at spring training, they saw their lofty ambitions mirrored in each other.

Since then, the 24-year-old power pitchers from Venezuela, who played together in the upper minor leagues, have seen to it to get the most out of each other. The result — with help from 95 mph heat and maturing pitching mentalities — has been Marquez turning into one of the National League’s best arms while Senzatela has settled in like a rock in Colorado’s rotation.