The Day After: Wynton Bernard reflects on his long-awaited first start in the major leagues 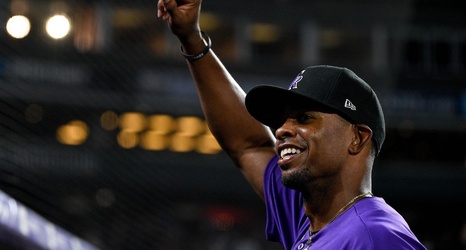 After Yonathan Daza went down with a shoulder injury on Thursday, the Rockies called upon outfielder Wynton Bernard to take his place on the active roster. After spending a decade in the minor leagues (including stints in foreign leagues and independent ball), the 31-year-old outfielder finally made his big-league debut.

Congrats to @SaintBerny36 on your first call-up to the Major Leagues!

Nobody deserves it more. Can't wait to see you do big things in Denver with the @Rockies! pic.twitter.com/RYXKoeqWbA— Albuquerque Isotopes (@ABQTopes) August 12, 2022

Bernard has been having a breakout season in 2022, slashing .