Some Rockies options for an NL DH 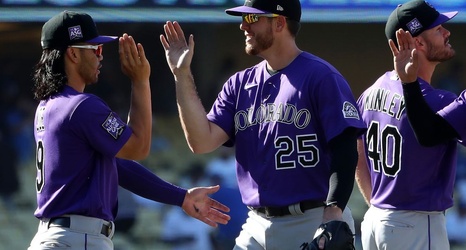 The 2021 major league season is rapidly reaching its conclusion. The Astros fended off elimination last night, but the Braves will have another two chances to clinch their first title since the Smoltz-Glavine-Maddux led team in 1995. That ‘95 season was not only notable as the Braves beat the Rockies in the Division Series, but also because it was the first season that even featured a Division Series. The playoff format was changed after the World Series-less, strike-shortened 1994 season, and since then, season format and rules changes have become more and more common.

The most inevitable future change these days seems to be the adoption of the universal DH.