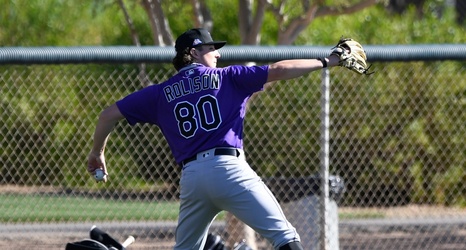 Rolison, 24, was roughed up at Triple-A Albuquerque, posting a 5.91 ERA in 45 2/3 innings. He’s considered one of Colorado’s top pitching prospects.