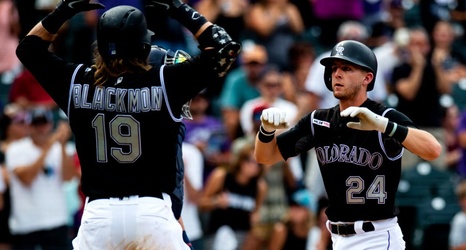 There were tantalizing teases from Ryan McMahon last season, including game-winning home runs in back-to-back games against the Dodgers last August.

That was not an aberration.

McMahon proved again Sunday afternoon that he’s a major player in the Rockies’ future. McMahon, batting cleanup, was 3-for-5 with two home runs as the Rockies beat the Padres, 10-5, at Coors Field to polish off a three-game sweep.

McMahon, the everyday second baseman who filled in at third base as Nolan Arenado got the day off, has driven in 80 runs, tied for second on the team with Trevor Story behind Arenado’s 116.