Roy Halladay’s Hall of Fame career, struggles with addiction to be featured in upcoming ESPN documentary 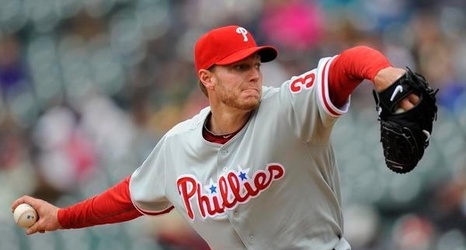 The late Roy Halladay, widely considered the greatest professional baseball player the state of Colorado has ever produced, will be featured in an upcoming ESPN documentary.

“Imperfect: The Roy Halladay Story” is set to air May 29 at 5 p.m. on ESPN as an “E60” feature. Per the trailer, the documentary examines Halladay’s dominance on the diamond as one of the most accomplished right-handed pitchers of his generation, as well as his struggles with substance abuse off of it.

Halladay, who led Arvada West to a state title in 1994 before being drafted No. 17 overall by the Blue Jays, is one of six pitchers to win a Cy Young Award in both leagues.