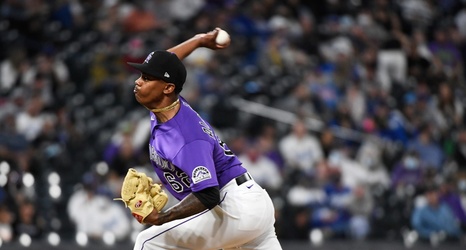 The biggest hit to the Rockies’ bullpen was losing potential closer Scott Oberg to a reoccurrence of blood clots in his right arm before the season began. Another big blow has been the poor performance of right-hander Yency Almonte.

He appeared to have turned the corner last year when he led the Rockies with 27 2/3 innings pitched in the shortened season, posted a 2.93 ERA and walked only 2.0 batters per nine innings.

But the first half of Almonte’s 2021 season has been ugly. After he gave up five earned runs, including a grand slam, in the Cardinals’ six-run 10th inning Friday night at Coors Field, Almonte was left with an 11.