Rockies’ Trevor Story slumping, but says pressure of trade rumors, free agency is not the cause 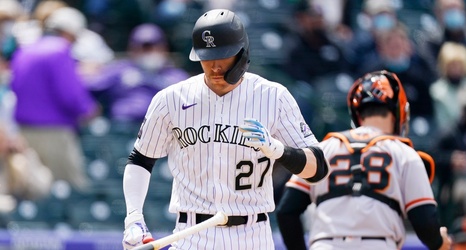 This has not been the season Rockies shortstop Trevor Story expected.

Not only is his team on pace to lose 100 games, but the two-time all-star has not performed up to his own expectations.

He entered Monday night’s game vs. San Diego mired in his second slump of the season. He went 0-for-4 with four strikeouts (twice looking) in Colorado’s 6-2 loss at Cincinnati on Sunday.