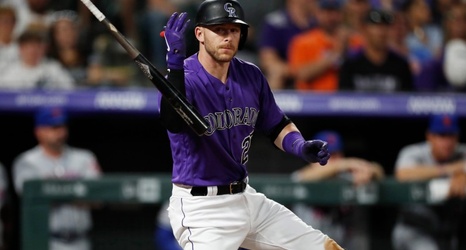 Then he blew a metaphoric tire.

The New York Mets nailed the Rockies right-hander for three home runs in the sixth inning en route to a 6-1 win Tuesday night at Coors Field. The Rockies avoided their first shutout at home when Charlie Blackmon hit a 445-foot home run into the second deck in the ninth inning.

“Melville was great,” manager Bud Black said. “He pitched five (scoreless) innings and we had three double plays behind him. … (The Mets) took advantage of some balls up, where in the first five innings he kept the ball down.