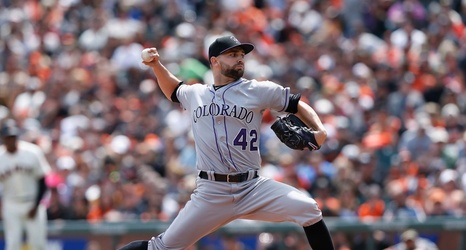 SCOTTSDALE, Ariz. — The Rockies are putting a lot of faith in 34-year-old reliever Wade Davis and his ability to bounce back from a disastrous 2019 season.

Never mind that Scott Oberg, who says he’s fully recovered from surgery to correct a blood clot problem in his right arm, is probably the best reliever in their bullpen. The Rockies believe that Davis, the hard-as-nails veteran who was instrumental in Kansas City’s march to the 2015 World Series title, can be trusted.

“In a perfect world Wade is our closer and Scotty (Oberg) pitches in front of him in some capacity,” manager Bud Black said.