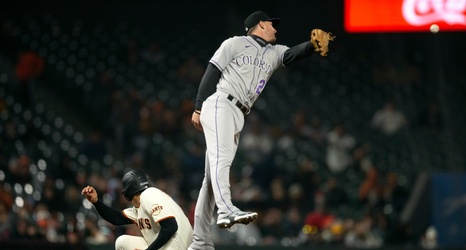 The Rockies have a Giants problem and they don’t seem to have any solutions.

The Rockies struck out 16 times in an 8-5 loss Monday night at San Francisco’s Oracle Park. In their last 20 games vs. the Giants, the Rockies are 4-16, including eight consecutive losses. The Giants have at least 10 hits in each of those eight victories.

Colorado used doubles by Elias Diaz, Jose Iglesias and Garrett Hampson, and an RBI single by Connor Joe, to score three times in the ninth off former Rockies lefty Jake McGee. But it was too little, too late.