Rockies starting pitchers — German Marquez included — are in a funk 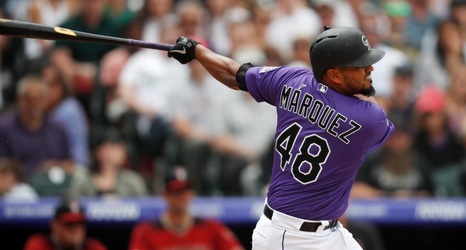 Facing Arizona veteran ace Zack Grienke on Sunday, Colorado needed to counter with a shutdown performance from right-handed starter German Marquez. He’s certainly capable. After all, he turned in a polished gem on April 14 at San Francisco when he threw a one-hit shutout and halted an eight-game losing streak.

Instead, Marquez provided six so-so innings, giving up five runs on seven hits, including a solo home run to Eduardo Escobar in the second and two-run shot to right field by outfielder Blake Swihart in the sixth.