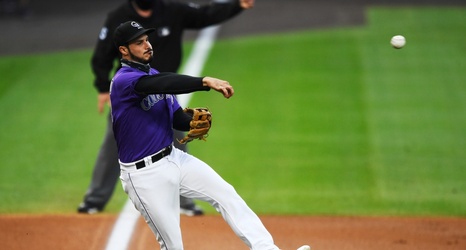 All that glitters is Nolan.

“Nolan Arenado takes his fourth Fielding Bible Award, tying Adrián Beltré for the most won at the hot corner since we began handing them out in 2006,” Baseball Info Solutions said in a release. “Arenado led all MLB players with 15 runs saved, so it’s not surprising he was a unanimous selection.

“No other third baseman was in double figures in runs saved. Arenado stood out most on balls hit to his left, making 58-of-89 plays on which he had a greater than zero chance of getting at least one out.