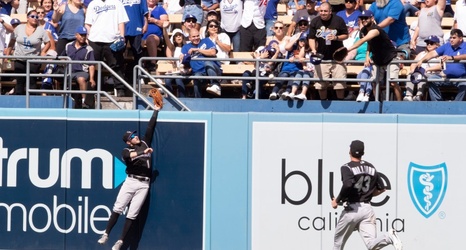 With the Dodgers still undecided on a starter for the National League Division Series opener Oct. 3, Ryu (13-5) made his case by giving up three runs on six hits over seven innings with no walks and eight strikeouts. His first career home run was a bonus.

Four batters after Ryu’s home run, Bellinger hit his fifth career grand slam and second this season, going deep off left-hander Jake McGee as the Dodgers improved to 100-56 and reduced their magic number for clinching the best record in the NL to one.