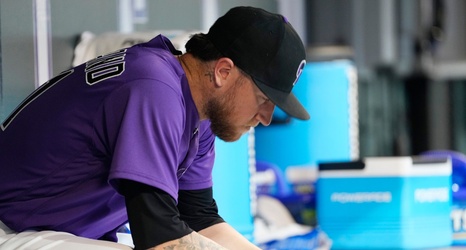 A return to Coors Field on Friday night did little to slow down the Rockies’ current freefall.

A poor start from southpaw Kyle Freeland — allowing six earned runs on a career-worst 12 hits — laid the foundation in a 14-10 Colorado loss to the visiting Royals. Defensive woes also continued with errors from Brendan Rodgers and Ryan McMahon. The team has now committed two-or-more errors in nine games this season.

The Rockies (16-16), winners in just one of their previous seven games, aim to turn things around on Saturday night against the Royals in their second matchup of a nine-game homestand.