Rockies’ Kris Bryant skeptical about pitch clock in the majors 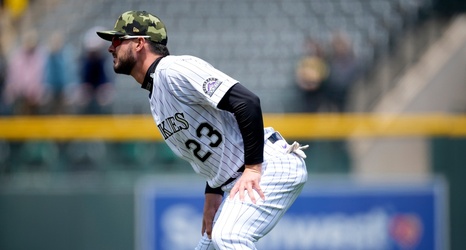 Namely, a pitch clock. The veteran player came away from the experience with mixed feelings and skepticism.

“The pitch clock made the game go a lot faster,” Bryant said Saturday morning before the first game of a doubleheader against the Mets at Coors Field. “But I feel like, sometimes, in talking with a lot of guys, they were getting into the box and there were already three pitches (thrown) and they were like, ‘I don’t even know what I’m trying to do here.