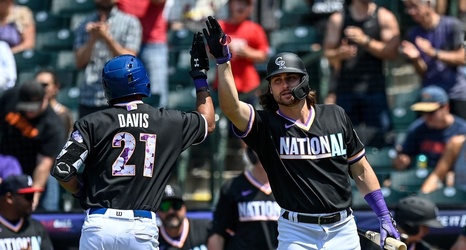 The Colorado Rockies are calling up one of their top prospects in 22-year old Ryan Vilade (no. 10 PuRP), The Gazette’s Danielle Allentuck first reported. The team has since made the move official: Vilade has had his contract selected and will wear #31 on his uniform when he starts in left field for the Rockies this afternoon.

The Rockies announced today that they have selected the contract of OF Ryan Vilade from Triple-A Albuquerque and have optioned RHP Ryan Feltner to Triple-A. Additionally, LHP Bernardo Flores Jr.