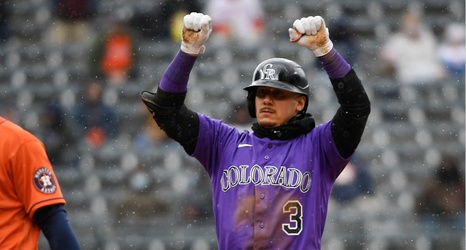 The statistics are sobering.

Rockies catchers Dom Nunez and Elias Diaz had a combined batting average of .158 entering Friday night’s game at Cincinnati, by far the worst mark in the majors. On the road, it was .104.

Nunez, at least, has shown some power, hitting five home runs and six doubles and driving in 16 runs in 41 games. But he’s also striking out 39.9% of the time and is hitting .171 (.100 on the road). His strikeout percentage is the fourth-highest in the majors for players with at least 102 plate appearances.

Diaz has been even worse: .