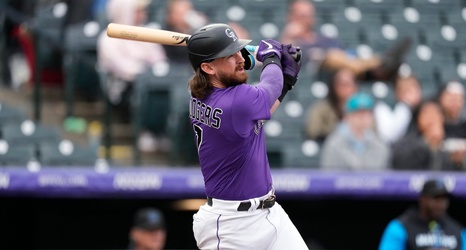 Buried beneath the Rockies’ recent avalanche of losses, poor fielding and terrible starting pitching has been the emergence of Brendan Rodgers as one of the team’s most productive hitters.

The second baseman had the first multi-homer game of his career in the nightcap of a Wednesday doubleheader against Miami at Coors Field. Rodgers also got a hit in both games, extending his hitting streak to 19 games. That’s the longest streak by a Rockies second baseman in franchise history. He bypassed DJ LeMahieu and Eric Young Jr., who both hit safely in 18 consecutive games.

Rodgers led off the second inning of Colorado’s Game 2 win with a blast to right-center off Marlins lefty Trevor Rogers.