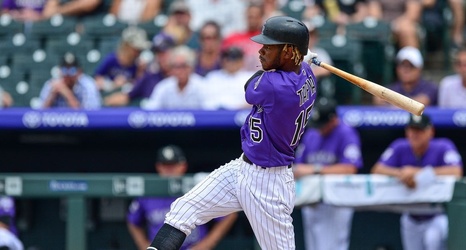 The Rockies rallied in the eighth inning to beat the Diamondbacks 8-7 and avoid the three game sweep. The win improved the Rockies record to 16-19.

It looked and felt like the Rockies were headed toward a sweep as they entered the seventh inning down four runs. The Diamondbacks brought on reliever Archie Bradley to maintain the lead — you know, the pitcher who hit a triple against the Rockies in the 2017 Rockies game, which was the worst.

Bradley was flat out bad today though, and the Rockies took advantage. The Rockies loaded the bases with nobody out, and David Dahl took a walk to cut the Diamondbacks’ lead to three.