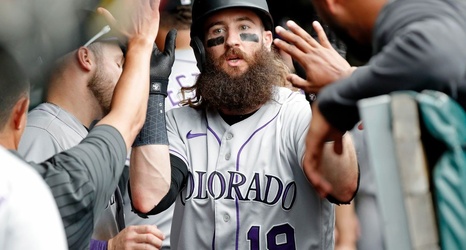 The Rockies were able to take one in Chicago!

The Rockies and Cubs had a quiet contest today until the fifth inning when the Cubs were able to plate one run. PJ Higgins was able to send Ian Happ home on a single. Alfonso Rivas also tried to cross the plate was called out at home. The Cubs had the lead.

The Rockies tied it up in the seventh, though. CJ Cron doubled was able to score on a sloppy fielders choice.

The Rockies took the lead in the top of the ninth inning securing their lead, and eventually the win.