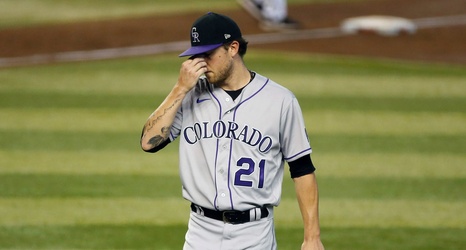 Fittingly, the Rockies’ bad season ended with a bad game.

Arizona routed them, 11-3, Sunday afternoon at Chase Field. The Rockies finished the season with a 26-34 record, a game better than the Diamondbacks (25-35) as the two teams brought up the rear in the National League West.

Colorado’s offense, one of the worst in franchise history, managed just two hits through the first seven innings.

A leadoff triple by Sam Hilliard ignited a three-run mini-rally in the eighth. Tony Wolters followed up with an RBI single and scored on Raimel Tapia’s double, who scored on Josh Fuente’s double.