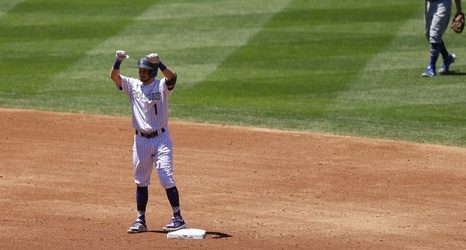 The Rockies plated a run in six of the eight innings they stepped to the plate. A consistent offensive surge and a masterful start by Austin Gomber capped off Colorado’s sixth-consecutive win at home.

It was a top-down effort for the Rockies on offense: everyone in the starting lineup had a hit except for the pitcher Gomber. Seven of the nine starters posted an RBI. Four players had multiple hits. The team hit a combined .372 in the series finale, and has now won nine of their last 11 inside Coors Field.

Gomber was reportedly feeling under the weather, and was sent home early on Wednesday.