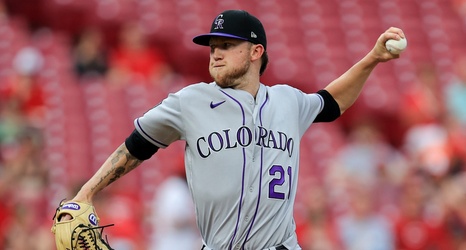 It would be understandable if Rockies left-hander Kyle Freeland had flashbacks to his miserable 2019 season.

Friday night at Cincinnati’s Great American Ball Park, the Reds launched five home runs off Freeland in four-plus innings on their way to an 11-5 romp.

Add in rookie reliever Lucas Gilbreath’s shaky performance — the lefty issued back-to-back, bases-loaded walks on eight pitches to Joey Votto and Mike Freeman in the sixth — and it was one of the uglier losses in what’s been an ugly road season.