Reds 10, Rockies 3: Another lopsided loss on the road 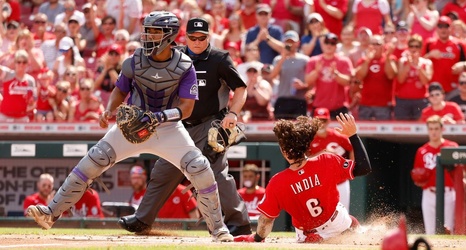 After obtaining an early 3-2 lead, the Rockies looked pretty lifeless in surrendering eight more runs and losing 10-3 in the second game of this three-game set.

Germán Márquez struggled with the command of his breaking ball over the course of the afternoon. It was clear from the first inning that Márquez didn’t have the command he has over his last few starts. The Cincinnati Reds were able to put crooked numbers on the scoreboard in the first, third, fifth and sixth innings. To add insult to injury for Márquez, he was also picked off by Miley after singling in the fifth inning.