Players vs. Owners: A history of MLB’s labor battles 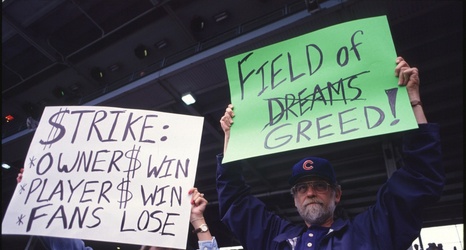 More than 26 years after baseball’s longest and most infamous strike, the images remain vivid: Disgruntled fans holding homemade signs, blaming both the owners and players for being greedy.

The Major League Baseball strike of 1994-95, not only wiped out the 1994 World Series, it left an ugly mark on the game. The strike, however, didn’t come out of left field. It was the culmination of nearly three decades of a power struggle between the players and owners.

Now, baseball is once again locked down. Following is a thumbnail history of the previous labor battles: