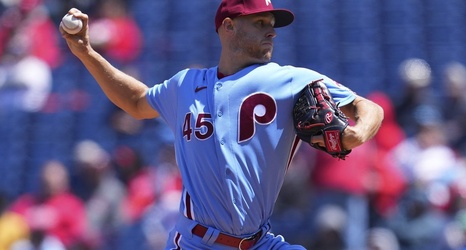 The four-game sweep is official: the Rockies were shut down early and often on Thursday afternoon, and a single run on offense was not enough to tame a seven-run outburst at the mercy of the Phillies.

Philadelphia’s Zack Wheeler got back on track, ladies and gentleman.

Perhaps the most surprising headline of today’s game: The Rockies outhit the Phillies and lost 7-1. Colorado’s five hits bested Philadelphia’s four. The Phillies also walked more batters (6) than the Rockies (5), proving that untimely errors were a culprit in a seven-run allowance.

A four-run bottom of the seventh was dismal for Colorado faithful, walk- and error-abounding.