Newman: With zero division titles in 27 seasons, Rockies fans should celebrate the potential of expanded playoffs 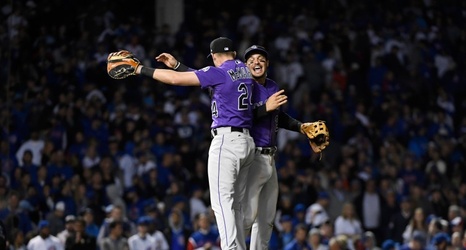 With news coming down that Major League Baseball is reportedly weighing significant changes to the sport’s postseason format, Rockies fans should look past complexities of the proposal and just be… happy.

Remember, the Rockies haven’t won a division title in 27 seasons, and, with the Dodgers possessing a stranglehold on the National League West, Colorado is lucky to be in contention for a wild-card spot this year.

The proposed changes would increase the number of playoff teams in each league from five to seven with the addition of four wild-card spots. That would benefit franchises that have struggled, like Colorado.