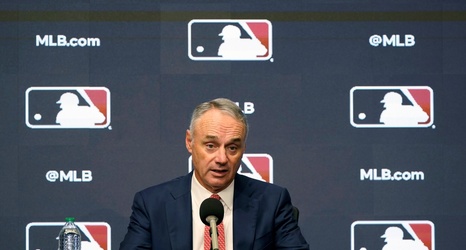 NEW YORK — Major League Baseball and the players’ association are scheduled to meet Thursday, ending a 42-day break in negotiations that began when management started a lockout, the sport’s first work stoppage since 1995.

With the scheduled start of spring training five weeks away, management was planning to make a new proposal to players, several people familiar with the negotiations told The Associated Press on Tuesday. The people spoke on condition of anonymity because no announcement was made.

The sides last met Dec. 1 in Irving, Texas, a brief session that broke off hours before the collective bargaining agreement expired.