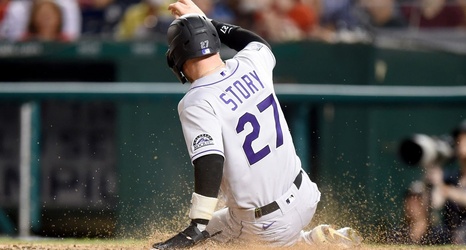 After making his debut with the Colorado Rockies in 2016, All-Star shortstop Trevor Story has accrued six years of service time and is finally eligible for free agency... much to the chagrin of Rockies fans. Infamously not traded at the 2021 deadline, Story is set to depart from the only big league club he’s ever known once the lockout ends. I can’t predict where our beloved, ocean-eyed shortstop ends up in the 2022 season. Obviously the ideal scenario would see Story return to Colorado for at least another season. Neither Story nor Rockies general manager Bill Schmidt have ruled out a return, but a lot would need to go right for that to happen.