Keeler: Rockies are tired of being San Francisco Giants’ little brother. Their automatic win. “We feel like we’re just as good, if not better, than (that) team.” 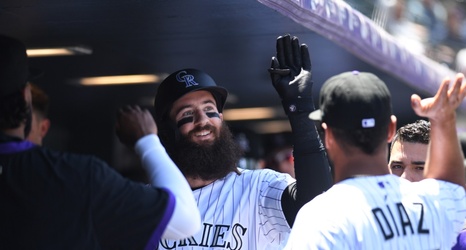 “We feel like we’re just as good, if not better, than (that) team,” Rockies outfielder Sam Hilliard said of the Giants after helping Colorado notch its first win over San Francisco this season on Wednesday, snapping a 12-game franchise losing streak.

“That’s why it was so frustrating to be losing a lot of games to them. It’s good to get that win. Because lwe feel like we can hang with anybody.”

Hanging’s one thing. Beating them’s another.

In the initial five meetings between the two National League West teams this season, all Giants victories, the Rockies had committed eight errors to San Francisco’s two.