How’d he end up here? A look at the Rockies roster construction 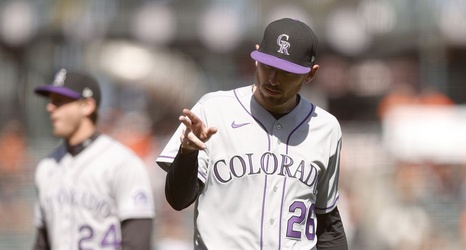 Shortly after having the “interim” tag removed from his job title, Rockies GM Bill Schmidt summed up his organizational philosophy. “We’re not the Dodgers”, Schmidt said. “We’re the Colorado Rockies. We scout, draft and develop.” Ignoring the fact that the Dodgers have been recently regarded to have one of the stronger farm systems in the league, ranked 16th in a recent list even after unloading the talent necessary to land Trea Turner and Max Scherzer, what does the Rockies (with a farm system ranked 26th in that same list) roster construction actually look like?