Grading the Week: Colorado Rockies have the answer to their recent woes — more Monfort 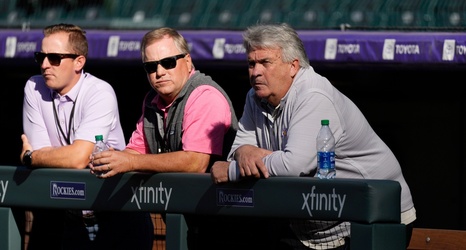 Dick Monfort has discovered a solution to the recent woes that have plagued his Colorado Rockies: More Monfort.

It’s a bold strategy from an owner whose franchise hasn’t won a single NL West title in his near three decades of stewardship. Yet it’s one Monfort fearlessly inflicted upon the masses earlier this month with the promotion of his 30-year-old son, Sterling, to director of professional scouting.

Where some cynics might see blatant nepotism, Schmidt sees a young up-and-comer ready to climb the next rung up the ladder as supervisor of the Rockies’ pro scouting department.