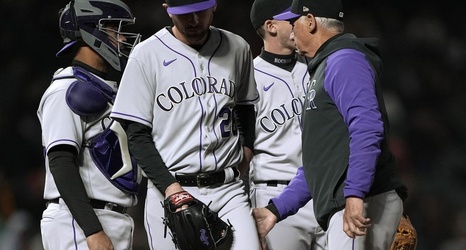 The Colorado Rockies’ road woes continue in the Bay Area. The Rockies started out with a decent pitching appearance from Austin Gomber, with a few misplaced pitches, but the sixth inning was where they truly imploded. Oh... and a not-so-fun fact, the Road Rockies were struck out 16 times tonight. 12 of those came from the Giants starting pitcher, Carlos Rodón.

Austin Gomber started the game by giving up a triple to Austin Slater who then crossed the plate on sac-fly from Mauricio Dubón. The Giants took an early first inning lead, a lead that Rockies were never able to overcome.