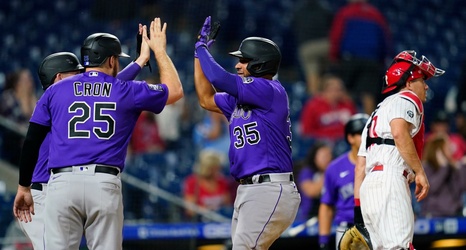 There are miniature moments that paint the big picture of a player’s season.

Case in point: German Marquez’s strikeout of Bryce Harper in the fifth inning of the Rockies’ 11-2 win over the Phillies Friday night at Citizens Bank Park.

With two on and two out, Harper, Philly’s National League MVP candidate, worked Marquez to a 3-2 count. But Marquez struck out Harper swinging at a wicked 85.5 mph knuckle-curve to preserve Colorado’s 4-0 lead.

Marquez’s bounce-back performance paved the way for the road-challenged Rockies to take their second straight game at Philadelphia. The Rockies hit three homers, including a grand slam by catcher Elias Diaz in the ninth, his 17th homer of the season.