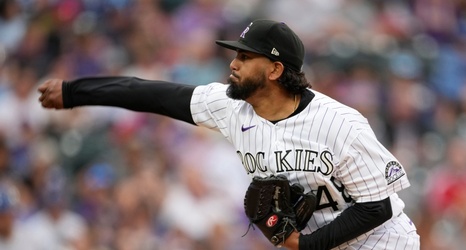 The Rockies’ right-hander was excellent in a 10-4 victory against the Royals, allowing three earned runs on three hits with one walk and six strikeouts. He blanked Kansas City in five of six innings pitched.

The team’s presumed ace had entered the game 0-3 this season with a 6.47 ERA over his last six starts.

Colorado (17-16), in the midst of a nine-game homestand, has the opportunity to claim its three-game series over Kansas City on Sunday afternoon.

Marquez received plenty of run support in his first win of the year.