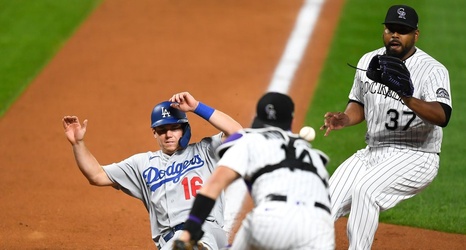 The Rockies playoff hopes took another blow on Thursday night as they fell to the Dodgers, 9-3. Colorado scored two in the first but were unable to get anything going on offense after that. Meanwhile, Kyle Freeland’s great outing turned sour as the bullpen allowed six runs in the seventh inning to put the game out of reach. The Rockies (22-27) now find themselves five games below .500 and now two games back from the eighth and final playoff spot.

Let’s start out with the positive (singular) tonight. Freeland came into the game off two straight outings of six or more innings and two or fewer runs.