Colorado Rockies rumors: Could Pedro Severino be a trade target? 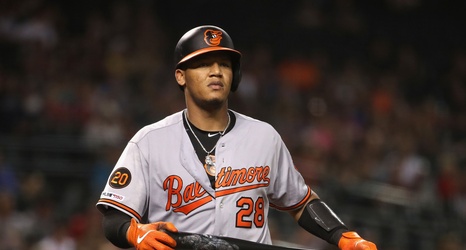 A tweet stated that the Colorado Rockies had spoken to the Baltimore Orioles about a trade involving Orioles catcher Pedro Severino. MLB.com’s Thomas Harding (who retweeted the Severino rumor tweet) called the rumor “interesting” and has written that the Rockies are potentially looking to trade in order to fill the second catcher role on the roster (along with Tony Wolters) and alleviate some of the salary issues currently facing the Rockies.

A trade could involve a team taking on one of Colorado’s handcuffing contracts (such as Bryan Shaw, Jake McGee or Daniel Murphy) or could require the Rockies to give up a prospect.