Colorado Rockies: Is Drew Butera the Thanos of their offseason? 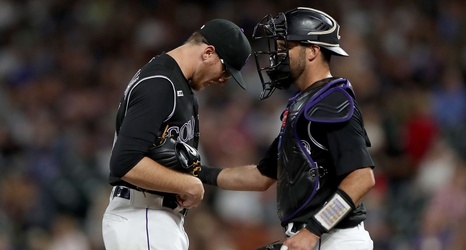 Yes, “inevitable” is the same word used by Thanos, most notably near the end of Avengers: Endgame as he believes he is about to win the final battle against the Avengers. “Inevitable” also is the word that seems to be en vogue when it comes to the Colorado Rockies and catcher Drew Butera for the 2020 season.

The 36-year-old Butera has played parts of the last two seasons with the Rockies, appearing in 26 games and totaling 65 plate appearances during that time. He has compiled a .175/.250/.281 slash line during that time.