Colorado Rockies: How Dom Nunez is looking to improve in 2020 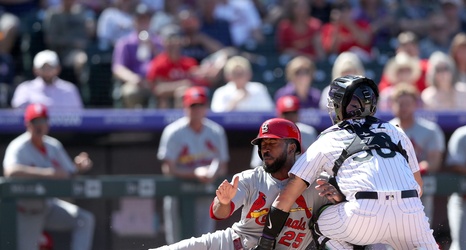 Dom Nunez was part of a stream of players from Triple-A who made an impact for the Colorado Rockies in the season’s final stretch. Talking to me inside the Rockies clubhouse with former fellow Albuquerque Isotopes Sam Hilliard and Josh Fuentes not far away, Nunez reflected on a being a part of a young group of Colorado players who will have gained valuable experience heading into 2020 spring training.

“They work hard and they grind hard. It’s a long season,” Nunez said of Colorado’s veteran players and how the young group of Rockies filled in for them during the final days of the season.